The Nowrosjee Wadia College, was established on July 21, 1932 within six months of the establishment of the Modern Education Society on February 15, 1932. True to Its credo ‘For the Spread of Light’, the college pioneered efforts to open the portals of higher education to the residents of eastern parts of Pune and pursued them tirelessly through the last eighty resplendent years. Over the years, it has become the first choice to acquire an all-round quality education for many promising young men and women all over the country and abroad.

While Pune was known ever since the advent of the British rule as a prominent center of education, the eastern parts of the city were virtually devoid of any educational facilities.

The matter of providing facilities for higher education in the eastern parts of Pune would have remained a distant dream had it not been for a group of prominent citizens in these parts and of devoted academicians in the city who clearly brought out to the public the need for a college in this part of the city. Among the important citizens of this part of Pune and the Cantonment who supported the idea were Sir Manekji Mehta, Prof. D. D. Kapadia, Shri A. B. Sethna, Rao Bahadur, Dr. R. K. Naidu, Dr. A. D’Gama and Sardar Mudaliar. 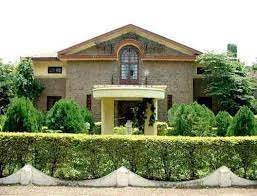 The history of Ness Wadia College of Commerce can be traced back to June 1969 when the first Pre-degree Commerce classes had started under the auspices of the Modern Education Society. Back then the classes were held in the adjacent building of the Nowrosjee Wadia College of Arts and Science. In 1969, the Commerce wing, thus, came to be established as an independent college of commerce, named after Sir Ness Wadia, (1873-1952), the renowned industrialist and philanthropist of his times. The Modern Education Society is deeply indebted to Sir Ness as well as his brother Sir Cusrow for their unstinting support for this endeavour. The College moved into its present premises with a building of its own in 1971. The College was inaugurated on 16th July 1969, by Dr. H. V. Pataskar,the then Vice-chancellor of the University of Pune. Nowrosjee Wadia College (NWC), Pune was established in 1932 managed under Modern Education Society. The College is affiliated to the Savitribai Phule Pune University and accredited by NAAC with 'A+' grade. Their vision is to provide a holistic all round education to our young generations of students and to instill in them the true Wadian spirit embodied in the phrase "Sportsmanship on and off the field".The mission of the institute is to promote cultural and value education, they encourage faculty to improve their qualifications and to keep abreast of the latest developments in their respective fields and also encourage students to become good responsible, broad minded citizens equipped with necessary knowledge and moral values for meeting the needs of society. The college located on a campus admeasuring 40217 square meters owes its pre-eminence in the sphere of education to Seth Gordhandas Jadavji Ruparel and his younger brother Seth Narayandas Jadavji Ruparel of Messrs Doongarsee Gangjee and Sons, Mumbai. Accredited with the prestigious Grade A by the National Assessment and Accreditation Council (NAAC) the college is one of the top colleges of the country. The college offeres a variety of courses and degree programmes in the fields of Arts, Science and Commerce. The college is affiliated to the University of Mumbai. The college offers degree courses in law. Neville Wadia Institute of Management Studies and Research was started by Modern Education Society in 1991. The institute is affiliated to the Savitribai Phule Pune University and recognized by the All India Council of technical education (AICTE) and Government of Maharashtra. The Institute provides an MBA Course with specialisation in Marketing,Financial,IT,Operation,Human Resource, International Business, Supply Chain, Rural & Agri Business. It also offers a Ph.D. Program in Management as well. Located in the same campus the M.E.S College of Engineering has gained a lot of popularity in a very little span of time. It offers degree courses in the fields of Computers, Mechanical and Electronics. It also provides Post Graduation Programmes (M.E.) in Computer Engineering. The college has been ahead in academics, sports as well as cultural activities.